With Toa Samoas side also announced in recent days, the probability of 'mate versus mate' clashes at Newcastle's St James Park is extremely high.

In the case of England winger Young and Samoa half Anthony Milford, it will be one Newcastle to another with the two of them plying their trades together as Antipodean Novocastrians at the Knights. 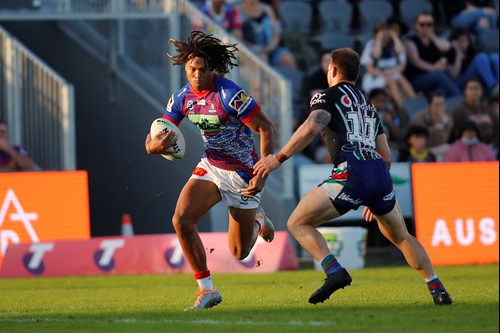 Sydney Roosters forward Victor 'The Inflictor' Radley - depending on the make-up of match-day squads - is set to find himself chasing club mate, 19-year-old Joseph Suaalii, around the home of Newcastle United.

A pair that works at even closer quarters - their on-field 'desks' are right next to each other, in fact - is Canberra Raiders forwards Josh Papali'i (Samoa) and Elliott Whitehead (England).

Papali'i will find more familiar faces attempting to mesmerise him in former Raiders team-mates, halfback George Williams and back-rower John Bateman who are now at Warrington and Wigan respectively. 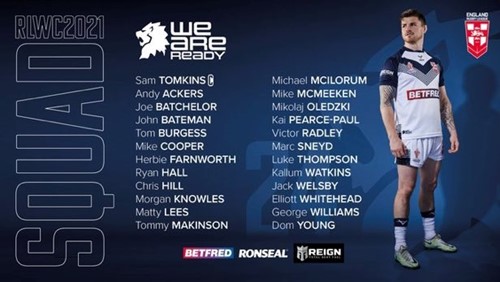 In all there are six NRL players in the England squad: Rabbitohs prop Tom Burgess, Broncos centre Herbie Farnworth, Canterbury prop Luke Thompson, Radley, Whitehead and Young. There are eight players from the 2017 World Cup and four from 2013.

Radley qualifies for England through his father’s Sheffield roots, while 21-year-old Young moved to Newcastle from Huddersfield last year and Farnworth joined the Broncos as a teenager. 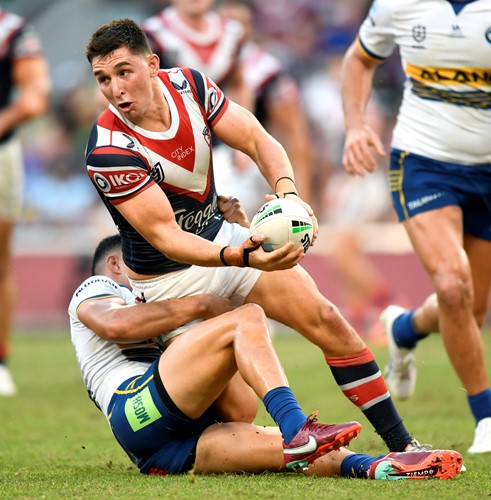 Wane said: "After so many conversations with the players over the last two years, it's exciting for all of us to be getting ready to go into camp for a home World Cup.

"The mood of the players and staff is fantastic. The opening match against Samoa in Newcastle is going to be a massive occasion, and I know English rugby league fans and the sporting public will get behind us."

England will play a warm-up match against Fiji at the AJ Bell Stadium in Salford on October 7 before beginning their World Cup campaign against a Samoa side brimming with NRL talent at St James’ Park in Newcastle on October 15.

Tickets are still available from £30 for adults and £15 for students and U16s, but are selling fast. Buy here!