The footprint of rugby league in Eastern Europe is set to expand after the board of European Rugby League recommended that observer membership applications by the Slovak Rugby League and Rugby League North Macedonia are accepted by the International Rugby League board.

Both organisations have been working with ERL staff over the course of the last 12 months to submit their applications which includes formally registering their organisation in the country, opening a bank account, forming a board of directors and nominating candidates to lead technical education in the country.

“We began our activities in 2020 but had to wait for the pandemic to finish. We then turned to the Hodonin and Orli Havlíčkův Brod clubs in the Czech Republic for help and we played in some 9s tournaments,” Cimetiere explained.

“The players in Slovakia were very enthusiastic and found it easy to learn rules and demonstrated attack-oriented gameplay and we demonstrated our progress when we hosted Poland and narrowly lost 22-18 to them earlier this year.

"Children are the future of rugby league in Slovakia. Indeed, in terms of learning age, physical development, and potential years of play, they are the ideal target.

"Our priority is to focus on the U18, U16 and U14 levels where children will quickly join the adult category to provide more matches in the future for the national team.”

North Macedonia’s on the ground development is also an exciting prospect, complemented by some activity of North Macedonian heritage players in Australia. 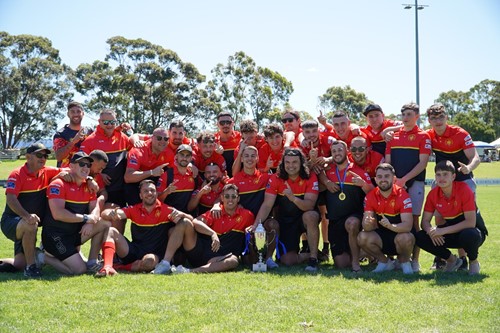 “We have already begun our search for players and that will include those who have played rugby union, as well as handball,“ noted Peter Ristevski, chair of Rugby League North Macedonia.

“Our future plans include the commissioning of a football ground that we will be playing and training out of in the capital Skopje, and we will also be utilising the Goran Pandev Academy in Strumica for our high-performance training.