North Queensland Cowboys superstar Valentine Holmes has revealed that he is considering representing Cook Islands at the upcoming World Cup in England and has discussed the move with Kukis coach Tony Iro.

Holmes, who played 13 Tests for Australia before quitting the NRL in 2018 to pursue an NFL career and earned a training contract with the New York Jets, has recaptured his best form this season and starred in Queensland’s recent Origin series win.

The 27-year-old would be considered an almost certain selection in the Kangaroos squad as he can play centre, wing and fullback but Holmes said he is undecided about whether to commit to Australia or the Cook Islands, for whom he qualifies through his mother Lucy. 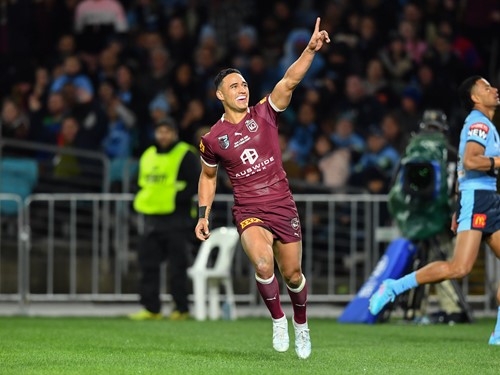 “My mum is Cook Islands so I can play for the Cook Islands,” Holmes said. “I have spoken with [Cook Islands coach] Tony Iro last year, when the World Cup was meant to be, and it obviously got cancelled.

“I think this will probably be the toughest World Cup campaign, especially over there. We have seen New Zealand and Tonga play each other a few weeks ago and that was an awesome match.

“New Zealand are looking pretty good, Australia  always have a strong side but this World Cup, from 2017, I feel this one is going to be a bit stronger. Hopefully there is a good Cook Islands side there as well.”

The inclusion of Holmes would be a massive boost for the Cook Islands, who are the smallest of the World Cup nations with a population of 20,000.

The 2016 Cronulla premiership winner set a Test and World Cup record by scoring five tries in Australia's quarter-final defeat of Samoa in Darwin and a week later broke his own record by scoring six tries in the semi-final against Fiji at Suncorp Stadium. 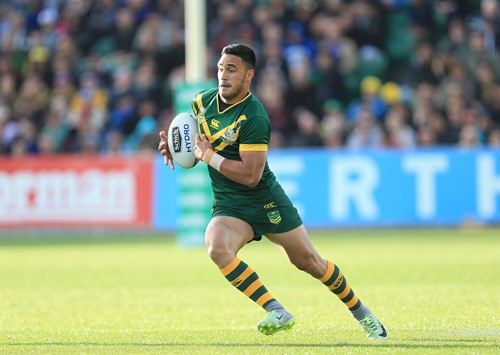 His 12 tries in the tournament was the most by any player in the history of the World Cup, which began in France in 1954.

He is the NRL's leading point-scorer and goalkicker this season.

The Kukis lost 42-12 to Samoa in June’s Pacific Test at Campbelltown Stadium but were missing a number of players eligible for the World Cup, including Holmes, Charnze Nicoll-Klokstad, James Tamou, Kenny Edwards, Brad Takairangi, Zane Tetevano and Tepai Moeroa. 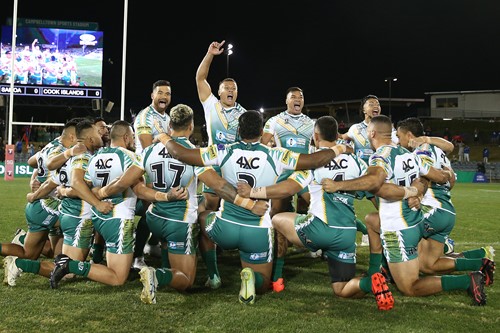 “I love it. It is awesome to see,” Holmes said. “We have seen what Jase, Andrew Fifita, Taukeiaho and those guy have done for Tonga and the bench mark they have set. They beat Australia a few years ago which was a massive achievement for Tonga and for those boys.

Asked about playing for the Kangaroos at the World Cup, Holmes said: “Obviously that is always in the back of your mind and to get there you have got to play consistent club footy.

“Obviously injuries come into it, so you have got to be fresh at the end of the year, but I am not really too fussed. I haven’t made my mind up on where I want to go or play for. I am playing for the Cowboys at the moment, and that is all I want to focus on.”