England and Fiji will finalise their preparations for the IRL World Cup with a warm-up match at Salford on October 7.

Both nations face tough opponents first up on October 15, with England hosting the World Cup opener against a star-studded Toa Samoa outfit at Newcastle’s St James Park and the Bati meeting defending champions Australia at Headingley.

Samoa will be bolstered by Penrith Panthers and NSW Origin stars Jarome Luai and Brian To’o, while Queensland and Canberra prop Josh Papali’i is also expected to pledge his allegiance to the Pacific nation.

The winner of the England-Samoa match will be on track for a semi-final berth at Arsenal’s Emirates Stadium on November 12, possibly against Tonga if the 2017 semi-finalists top their pool, which comprises Cook Islands, Papua New Guinea and Wales.

The Kangaroos and Kiwis are on a collision course to meet in the other semi-final at Elland Road.

With the likes of Maika Sivo, Viliame Kikau and Kevin Naiqama in the Bati squad, Fiji are expected to again challenge strongly and England coach Shaun Wane said the clash at AJ Bell Stadium would help ensure both sides were ready for the World Cup. 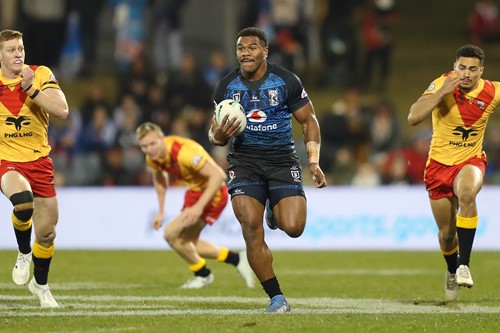 “I said last year before the World Cup was postponed that Fiji were ideal opposition for us to get ready for the Samoa game, so I’m pleased we’ve been able to rearrange the game for this year,” Wane said.

“They’re a very talented team who will give us a real challenge, which will be good for the players and for us as coaches.

“As a rugby league fan, it’s a game I’d be looking forward to, so I hope our supporters come out and get behind us ahead of the World Cup.”

England and Fiji have only previously met on three occasions, all in World Cups when they were drawn in the same group – 1995, 2000 and 2013.

However, they are in different pools in England so cannot meet until at least the quarter finals.

England will wear their new World Cup kit for the first time in the match against Fiji after unveiling a design to be worn by all three teams – Men, Women and Wheelchair – at the tournament. 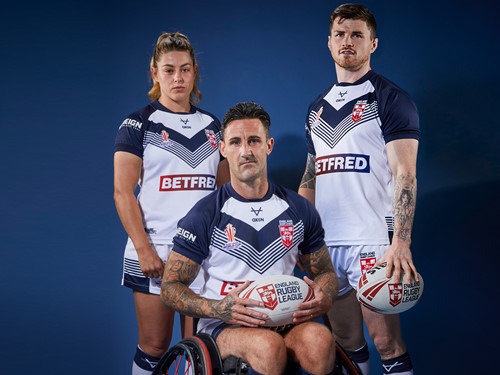 “The Fiji match will be the perfect opportunity for our England Men’s team to show their credentials before they embark on an historic World Cup campaign on home soil,” Foster said.

“We are all excited at the prospect of England supporters and players wearing the shirt at St James’ Park, Headingley, the Copper Box Arena and all the other fantastic World Cup venues.

“We thank our sponsors, Betfred, Ronseal and REIGN Total Body Fuel, for their support in getting behind England in what is a massive year for rugby league.”