RLWC2021 has announced the match officials who will officiate the tournament’s 61 fixtures, with the World Cup kicking off at St James’ Park on October 15 when England men begin their campaign against Samoa.

Leading NRL referee Gerard Sutton is one of the names included, with the vastly experienced Australian having officiated the 2017 Men’s final between Australia and England.

Sutton will also be joined by England’s Jack Smith, a former Royal Marine who was shot by a sniper by the Taliban in 2011 and who has been touch judge in the Four Nations series in 2016 and for the 2017, 2020 and 2021 Challenge Cup Finals, as well as the Super League Grand Final in 2021.

Also on the list is Liam Moore, who has officiated at the last two Super League Grand Finals as well as the Challenge Cup Finals in 2020 and 2021.

Ashley Klein, who was in charge of the 2008 Rugby League World Cup Final when New Zealand upset Australia to claim their first title, will be participating in his fourth World Cup.

There are also three female officials on the list with Kasey Badger, Belinda Sharpe and Rochelle Tamarua set to officiate across the men’s and women’s tournament fixtures. 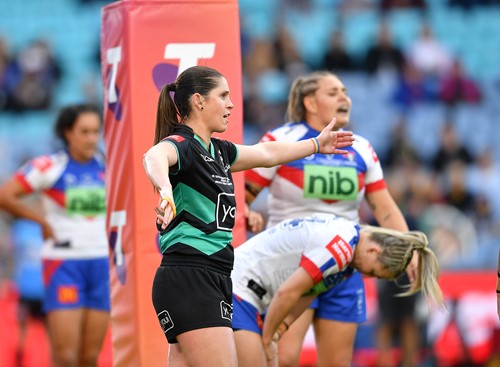 The Wheelchair Tournament, which is being run alongside the men’s and women’s competitions for the first time in the sport’s history, will have match officials from Australia, England, France, Scotland and Wales.

All officials will come into camp before matches for meeting, training and previews to ensure consistency in decision-making and approach, with Men’s & Women’s officials hosted in Manchester and those covering Wheelchair fixtures hosted in Sheffield.

“Our ambition in all areas is to provide players and spectators with a world class environment with which to enjoy what we hope will be the biggest, best and most inclusive World Cup in the sport’s 127-year history.

“We consider our match officials to be the 33rd team of the tournament and I can’t wait to work with them to deliver high standards across all 61 fixtures.” 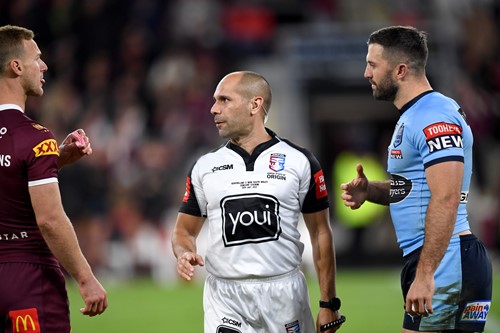 A full list of the officials who will be in action at the biggest, best and most inclusive Rugby League World Cup in history is available below: