Lebanon star Josh Mansour has warned New Zealand and other World Cup nations to underestimate the Cedars at their peril as Michael Cheika’s men look to again reach the quarter-finals and qualify for France 2025.

Mansour, who first played for Lebanon in 2009, is among a handful of NRL stars named in Cheika’s 24-man squad to take on the Kiwis at Warrington on October 16 before matches against Ireland on October 23 and Jamaica on October 30 at Leigh.

With Parramatta halfback Mitchell Moses and Wests Tigers playmaker Adam Doueihi expected to be Lebanon’s halves pairing, the Cedars fancy themselves to finish in the top two in Pool D. 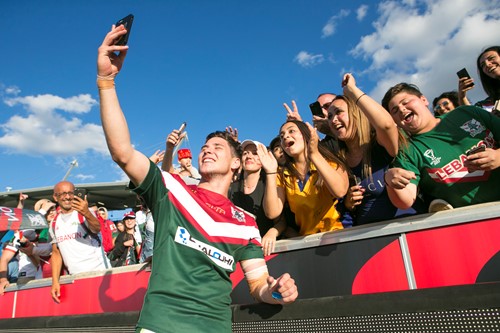 “I think people are writing us off at the moment, so we are definitely going to be underdogs but the good thing about that is that no one is going to see us coming,” said Mansour, who has played seven Tests for Australia and was a member of the 2017 World Cup winning squad.

“We are going to put a show on, especially for everyone back home and I can’t wait to face the Kiwis on October 16. It is exciting.”

Canterbury’s Jacob Kiraz, who was nominated for the NRL rookie of the year award at the Dally Ms, and Manly forward James Roumanos are the other NRL players in the squad, which includes two players from the domestic Lebanon competition.

Besides former Sea Eagles winger Abbas Miskis, who plays for Wigan, the majority of the squad is drawn NSWRL competitions and 32-year-old Mansour, who plays for the South Sydney Rabbitohs, will undertake a mentoring role within the Lebanon team. 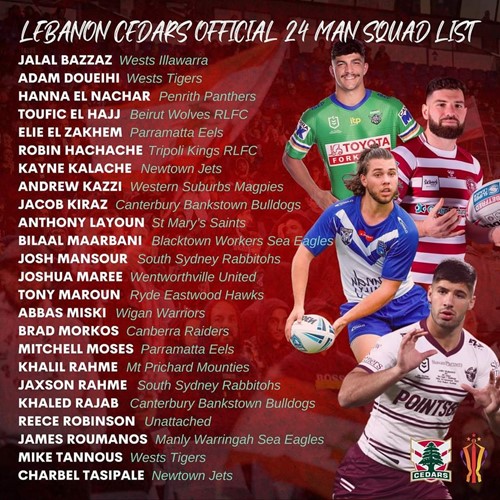 “When I first played [in 2009], it was just about going out there and having fun,” he said. “Particularly my dad, he was very proud.

“I remember when I first went over, I got to meet my dad’s brothers for the first time when I was 19 years-old and I felt like I had known them my whole life. They showed me around, introduced me to the family and friends, and the village where they grew up.

“Obviously, I’m a bit older now so I want to really be a role model for the younger guys in that sense and show them what it means to represent Lebanon. I am very grateful for the opportunity and hopefully we can make everyone back home very proud.” 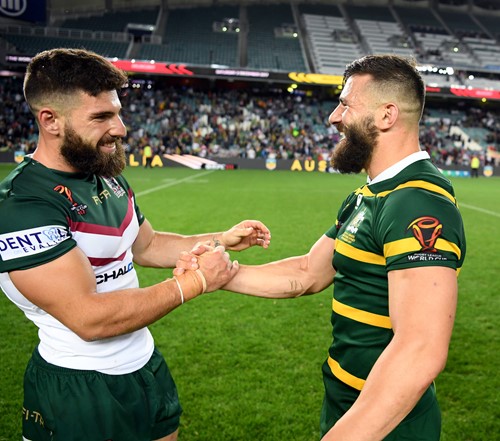 Lebanon reached the quarter-finals at the 2017 World Cup, losing to Tonga at Christchurch, and Cheika and his coaching staff of Matt King, Robbie Farah and Michael Habib are aiming to finish in the top two in Pool D to guarantee automatic qualification for France in 2025.

The squad has been training at Belmore without Moses, who will play for the Eels in Sunday night's NRL grand final against Penrith.

The majority of the squad will depart Sydney on Monday ahead of their World Cup warm-up match against Wales on October 8.