'The pinnacle': Why Kaufusi wants to help Tonga topple 'Roos

A mercy dash to the United States to visit his ill father in hospital reaffirmed Queensland second-rower Felise Kaufusi’s commitment to Mate Ma’a Tonga for the end-of-season IRL World Cup.

Kaufusi played three Tests for Tonga before being called into Mal Meninga’s victorious Australian squad for the 2017 World Cup.

He was also a member of the Kangaroos team that played New Zealand and Tonga at Mt Smart Stadium in 2018. 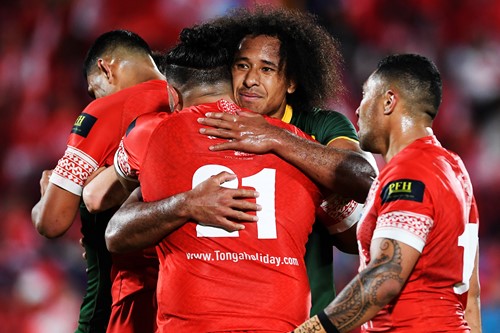 However, after missing the July 13 State of Origin decider to be by the bedside of his stricken father, Taniela, in a Los Angeles hospital, Kaufusi announced his allegiance to Tonga for the upcoming World Cup.

Taniela is now back in Australia but he is on a ventilator and Kaufusi hasn’t yet had a chance to tell him of the decision.

“Dad will be pumped. He wore Tonga gear to the game when we played them in 2018. It’s something I have been sitting on for a while,” Kaufusi told Sydney’s Daily Telegraph newspaper.

“It is the opportunity to represent my heritage, my family, and challenge the best sides. I think that would be the pinnacle.”

The Melbourne Storm forward, who was the first major signing of Wayne Bennett’s new Dolphins team joining the NRL next season, said he had been considering declaring his availability for Tonga for some time.

Tonga coach Kristian Woolf told him to make a decision now rather than wait to see if he was selected for Australia.

“I had a conversation with Kristian Woolf. He said it was up to me. He said he didn’t want me to wait to see whether I made the Kangaroos team,” Kaufusi said.

“I am not that type of person and I don’t think I would want to play with someone who wanted to wait around to see whether they got picked in another team.”

The inclusion of Kaufusi, who has played 14 Origins for Queensland, will bolster an already star-studded Tonga forward pack led by Jason Taumalolo, Addin Fonua-Blake and Siosiua Taukeiaho. 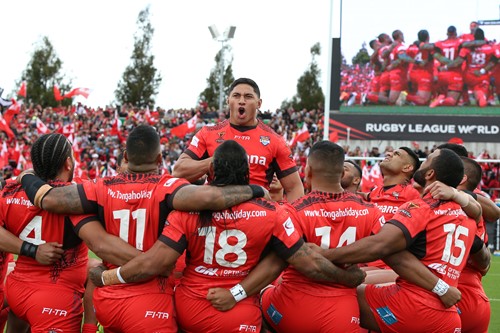 Kaufusi said he had recently advised Meninga that he wanted to help Tonga better their 2017 World Cup semi-final appearance and the Kangaroos coach was supportive of his decision.

“I said I don’t want to stuff you around, I am playing for Tonga at the World Cup,” Kaufusi aid.

“He was really good about. He understood my reasoning. He wished me good luck.”