Former Kiwi Ferns captain Laura Mariu will make her sixth World Cup appearance and her first with Canada after being named in the Ravens squad for the upcoming tournament.

Mariu, who also led the New Zealand Warriors in the inaugural NRLW competition in 2018, qualifies for the Ravens through her Canadian-born mother.

"Laura is obviously an experienced player, she is still playing at the Richmond club in Auckland, she has still got aspirations to play at the World Cup and she wants to represent her Canadian heritage so that is great for us," Ravens coach Mike Castle said.

"With our inexperience at rugby league she is going to be a huge asset and will almost be like having another coach on the field. She is very keen to mentor the players." 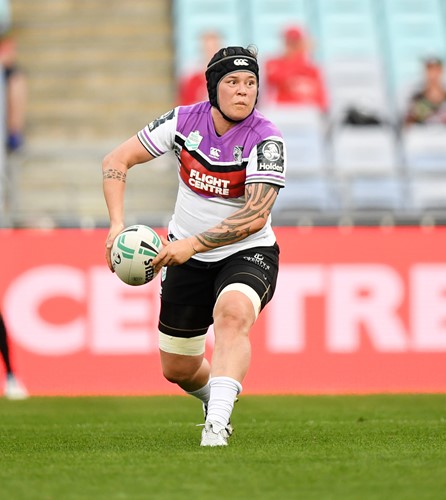 Photo: Mariu was captain of the NZ Warriors in 2018 (NRL Photos)

Canada's first international was against the Kiwi Ferns at the 2017 World and Mariu will now line up alongside six of her opponents in the Ravens side - Nina Bui, Sab McDaid, Jade Menin, Megan Pakulis, Liz Steele and Natalie Tam.

A seventh member of the 2017 World Cup squad Petra Woods, who took on an off-field role after being ruled out through injury, was also selected in the 24 player squad after last weekend's Canada East v Canada West match in Abbotsford, British Columbia. 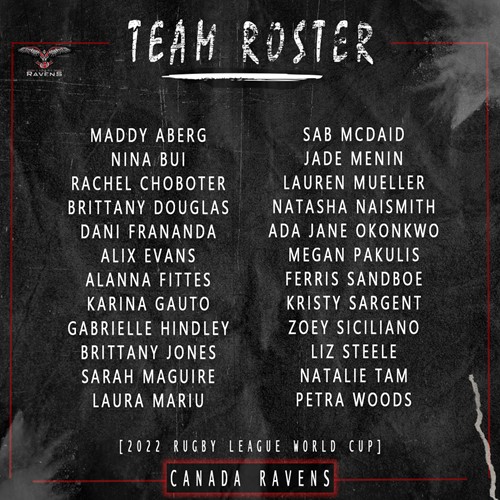 The Ravens will be captained by Gabrielle Hindley, who moved to Australia in 2019 with the aim of earning an NRLW contract and played for the North Sydney Bears but returned home due to COVID-19 travel restrictions.

"She is an impressive athlete, she is great around the younger girls and a very good leader," Castle said. "She always works hard and is just a natural rugby league player.

"It's nice this time to have some experience because last time I think there was only one player who had played more than one or two games." 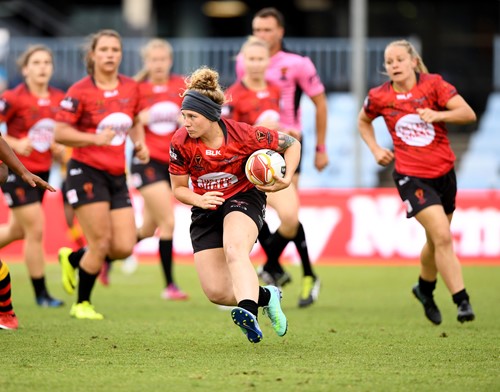 Photo: Sab McDaid is one of six survivors from 2017 (NRL Photos)

"I’m really pleased with the squad we’ve assembled and I’m really excited to see what they can achieve together in November," Castle said.

"There will be a greater expectation for us to perform well at this World Cup seeing as it’s our second time at the tournament. This is a challenge I know all of the players are really looking forward to."