Australia have defended their World Cup title in style with a 30-10 win over Samoa at Old Trafford.

With skipper James Tedesco and centre Latrell Mitchell claiming doubles, and halves Nathan Cleary and Cameron Munster all class, the Kangaroos scored six tries to two in front of 67,502 fans at the Theatre of Dreams. 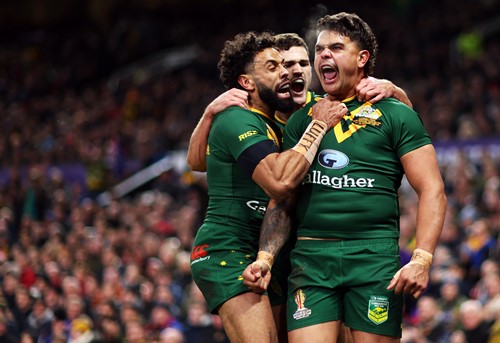 The Jillaroos have secured their third consecutive Women's World Cup title in style with a comprehensive 54-4 victory over New Zealand at Old Trafford on Sunday (AEDT).

With veteran halfback Ali Brigginshaw pulling the strings, Australia were far too good for their Trans-Tasman rivals, extending their winning streak to 16 consecutive international victories with a 10-tries-to-one triumph over the Kiwi Ferns, who have now lost three straight World Cup finals to the Jillaroos.

Having scraped past New Zealand by two points just nine days earlier, it was a much more methodical performance from the green and gold this time around as Brad Donald's side rose to the occasion of the final. 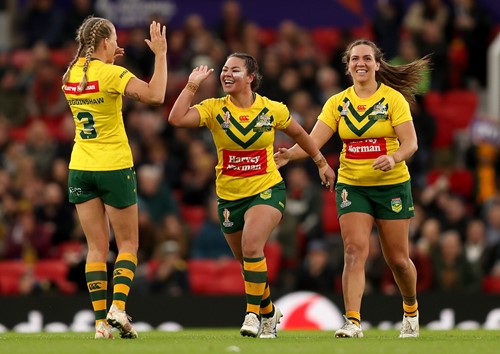 The skipper burst through a gap with two minutes remaining to spark deafening noise from the world record 4,256-strong crowd and seal revenge for England, who were edged out in scenes of similar late drama by the same opponents five years ago. 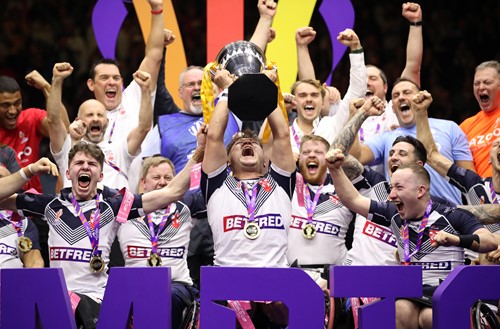