Tonga has climbed into second place in the latest International Rugby League Men’s World Rankings, while New Zealand is closing in on Australia for the top Women’s spot and Ireland is now the fourth-ranked Wheelchair team.

The IRL rankings were updated after the recent series of international fixtures and will be the final positions for each nation heading into the World Cup in England later this year.

The top places are unchanged, with the Kiwis retaining top spot in the Men’s rankings, the Jillaroos holding on to the No.1 women’s ranking and France still being the highest ranked Wheelchair team.

However, there was some significant movement just below the top teams, with Tonga now ahead of England and Australia after another impressive performance against New Zealand in their first Test since beating the Kangaroos 16-12 in 2019.

The Kiwis won 26-6 but Tonga’s position also reflects their triumphs over the Kangaroos and Great Britain in 2019, while England played a Combined Nations All Stars team in June rather than a Test opponent.

In the Women’s rankings, little now separates Australia, New Zealand and England after recent Test wins by the Kiwi Ferns against Tonga and England’s defeat of France.

Depending on World Cup results, New Zealand could finish 2022 as the No.1 ranked Men’s and Women’s nation for the first time. 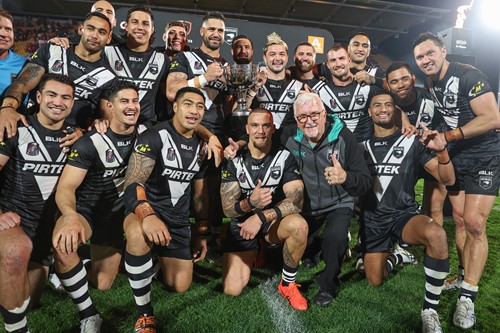 England have also narrowed the gap in the Wheelchair rankings after their recent win against France.

With international rugby league recently returning in the Southern Hemisphere for the first time since the COVID-19 pandemic, Samoa and the Cook Islands have also risen in the Men’s rankings, while Papua New Guinea and Fiji maintained their standings.

Wales are the big movers among the Northern Hemisphere nations, climbing seven places from 23rd to 16th in the Men’s rankings after their first Test since 2019, while Serbia is now ranked eighth after winning last year’s Euro B Championships.

Wales have also moved up six places from 13th to seventh in the Women’s rankings and remain the third ranked Wheelchair team, behind France and England.

IRL chair Troy Grant said: “Wales have the potential to be the Tonga of the Northern Hemisphere.

“It is great to have seen many nations recently return to international action and what the latest IRL World Rankings show is that nations who are active can climb the rankings.

“The rankings also suggest that you can’t rest on your laurels from past performances and being active is important, particularly leading into the World Cup.

“With the Kiwis showing that they will be hard to beat, Tonga’s rise continuing and the performances of Samoa and Papua New Guinea in the Pacific Tests, the Men’s World Cup is wide open.

“Recent results suggest that the Women’s and Wheelchair World Cups will also be keenly contested, and we are all excited about the continuing growth of international rugby league.”

The IRL World Rankings are determined by the following criteria:

The rankings reward teams who are active and win games.

The Kiwis have improved their standing as the No.1 ranked team, ahead of Tonga, England and Australia – the defending world champions, who slumped to fourth position in the previous rankings and will enter the World Cup with their last Test being a 16-12 loss to Tonga in 2019.

Pacific powerhouses Papua New Guinea, Fiji and Samoa are next, followed by Serbia in eighth position, with the European nation playing four internationals in 2021 and winning each of them. 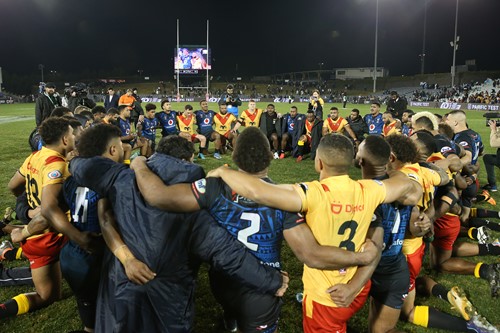 France dropped from seventh to ninth position and Scotland from 11th to 15th – just ahead of 16th placed Wales, who have risen from 23rd spot.

The Jillaroos remain the top ranked Women’s team – but only just, as the Kiwi Ferns and England have played recent Tests, whereas none of Australia’s three national teams have been in action since 2019. 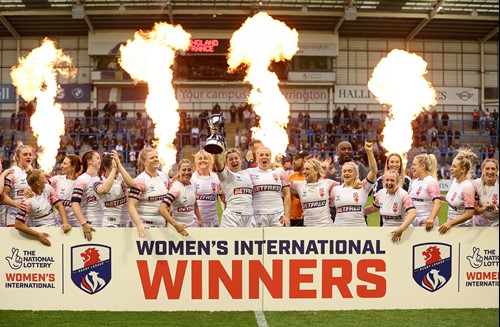 The Kiwi Ferns beat Tonga 50-12 before a record crowd for a women's international of 18,369 in last month's double-header at Mt Smart Stadium, while England beat France 36-10 at Warrington.

Tonga, and the United States have made their first appearance in the IRL Women’s World Rankings after the recent international fixtures – taking the number of active women’s teams to 20.

Tonga are ranked 10th following the Test against the Kiwi Ferns, while the USA Redtails are five places below after their international debut against Canada in April.

Wales have climbed from 13th place to seventh after bouncing back from a 32-6 loss to England in June to beat Italy 60-0.

France are still the No.1 ranked Wheelchair team, but England and Wales are narrowing the gap after recent results. 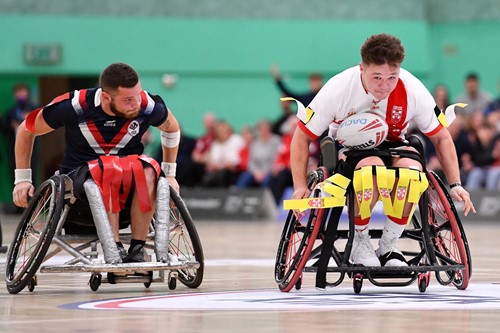 Ireland has also twice beaten Scotland this year to claim fourth spot from Australia, who have dropped to seventh as their last Test was a loss to England in October, 2019.

The full IRL World Rankings for Men, Women and Wheelchair can be found on the IRL website.