Team-mates and rivals have paid tribute to Sam Bremner after the two-times World Cup winning Jillaroos co-captain and mother of two announced she was hanging up her boots.

Bremner, who was a member of Australia’s first women’s World Cup winning team in 2013, overcame the disappointment of missing RLWC2017 due to injury to return after the birth of her second child, Lakey, in 2021 to help lead the Jillaroos to victory at Old Trafford last November.

The World Cup triumph against the Kiwi Ferns is now the last match of an illustrious playing career in which the 31-year-old finished with the record for the most tries in a Jillaroos jersey (14). 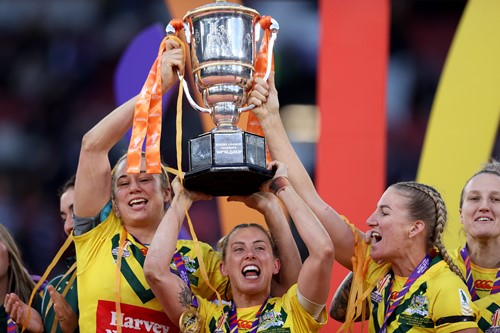 “There are a-lot of people to thank, but i hope I haven't left it to now to make many of you understand the influence you have had on my career, whether you supported me through the triumphs, the setbacks, the comebacks and the fun, I have always appreciated it all.

“This game has had a huge influence on who I am and what I value in life, it has helped shaped who I am, and what I stand for; there has been an entire community that has been on this roller coaster with me, from a young teenager to a 31-year-old mum.

“I hope to still be around the traps, with the passion to continue to grow this game still burning inside me, but as a player it's time to hang up the boots.

I am extremely proud of my career, not for any of the accolades or 'successes' but for the way I did it, in my own way even if it meant taking the path less travelled, which I realise now as I plan to leave it behind me.

“It's the very reason why I feel such a great sense of contentment, pride and happiness - that I stayed true to myself while doing what I loved.” 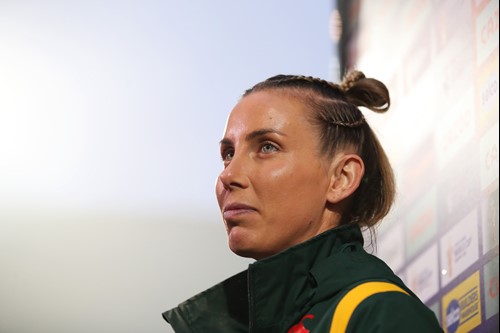 Photo: Bremner was named player of the match against the Cook Islands (Getty Images)

Jillaroos stars, players from rival nations and team-mates who had played alongside Bremner at NRLW, State of Origin or Test level paid tribute to the veteran fullback, who was described as an inspiration, role model and trailblazer.

“What a career Sammy, the game will miss you,” Jillaroos centre Jess Sergis wrote. “Thank you for being the best role model for our game, not only to little kids but us players too.

“I’m going to miss that laugh of yours so much, but I am so proud of everything you’ve accomplished within this game. You’re a TRUE leader.”

Jillaroos forward Simaima Taufa said: “Love you Sammy - the amazing person you are, the amazing mother you have become, and continue to be, but one heck of a player, team-mate and role model.

“The legacy you have left behind is one that is truly amazing and will live through the next generation of girls”. 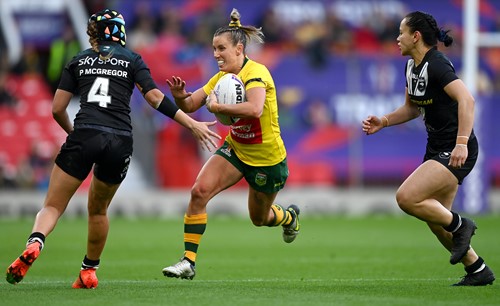 Dual international Evania Pelite added: “Congratulations on an incredible career Sammy. Loved the opportunity to play alongside you. You truly are an athlete but also an inspirational human”.

PNG Orchids captain Elsie Albert said: “Congratulations on an illustrious career. So grateful to have crossed paths with you, legend”.

Former Jillaroos back Karina Brown said Bremner had been her favourite room-mate at Test level.

“Congratulations on such a successful career all while running your own business and bringing two beautiful little humans into the world,” Brown said.

“You made every tour so much fun and it was a privilege to play alongside you many, many times. So many wonderful memories.”

NSW backrower Yasmin Clydesdale said: “You have inspired and done things many people couldn’t dream of. I’m so grateful to have crossed paths with you, you make anything seem possible”.

After making her international debut for the Jillaroos as a 19-year-old at the 2013 World Cup, Bremner has been a mainstay of Australian teams but injury denied her more Test appearances than she played. 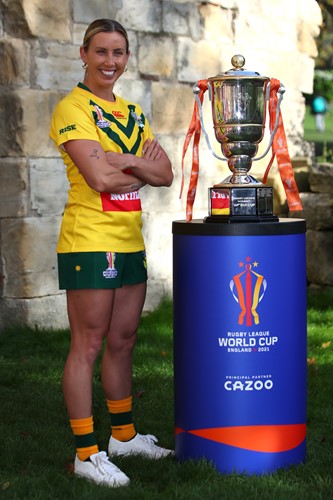 Bremner was named co-captain of St George Illawarra's inaugural NRLW team in 2018 but battled further injuries until returning after the birth of her first child, son Reef, a year later.

After missing the postponed 2021 NRLW season, which was played in early 2022, following the birth of daughter Lakey, Bremner joined Sydney Roosters and was named Dally M fullback of the year.

Jillaroos coach Brad Donald named Bremner co-captain for the World Cup and she finished her career by holding the trophy up alongside Kezie Apps and Ali Brigginshaw after Australia's 54-4 thumping of New Zealand in the final at Old Trafford on November 19.