Will Hopoate’s sister, Kalosipani, and cousin, Shirley Mailangi, have been named in the Mate Ma’a Tonga women’s team hoping to take their first steps towards the 2025 World Cup in France when they face the Kiwi Ferns on Saturday.

Kalosipani Hopoate, 19, has been selected on the interchange, while her cousin Shirley, who plays for the Parramatta Eels, will start at hooker in the historic Test at Mt Smart Stadium.

Kalosipani plays for the Sydney Roosters and is the daughter of former Kangaroos winger John Hopoate, whose sister is Mailangi’s mother.

Will Hopoate is the current Mate Ma’a Tonga captain but he is unavailable for the men’s and women’s double-header in New Zealand due to Super League commitments with St Helens this weekend.

Another brother Albert plays for the Canberra Raiders. He played for Manly in 2020 against Will's Canterbury Bulldogs side and they were supported by a large contingent of family members. 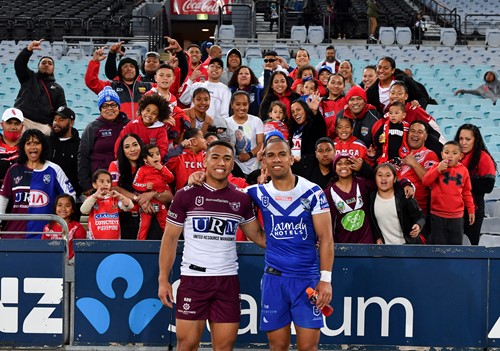 Inspired by the feats of their male counterparts, whose last Test outing was a 16-12 defeat of the Kangaroos at Eden Park in 2019, the Tonga women's team are aiming to qualify for the expanded 2025 World Cup after competing in the 2003 and 2008 tournaments.

Tonga have played just one Test since then, against Niue in 2020, but are hoping to lure Jillaroos stars Simaima Taufa, who was born in Tonga, and Tiana Penitani, who has a Tongan father, to help their cause in qualifying matches after the postponed 2021 World Cup in England from November 1.

Penitani's sister Natasha, who plays for the Cronulla Sharks, is a member of the Tonga team taking on the Kiwi Ferns, who will feature Roxy Murdoch the wife of Tongan international Ben Murdoch-Masila.

Mailangi, Amelia Mafi, Laikha Clarke, Tegan Dymock and China Polata are the only members of the Tonga side with NRLW experience but most of the players play in the Sydney or Brisbane competitions. 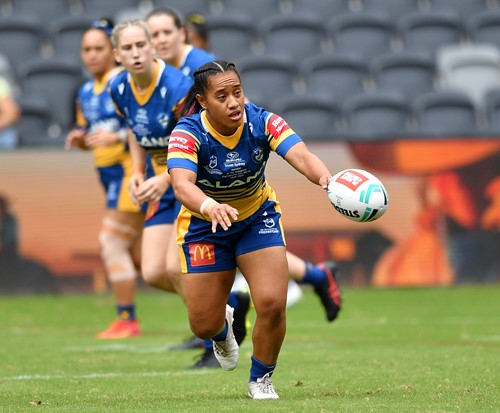 Dymock's uncle Milton is the Tonga coach, while her father Jim - a former Tongan international and the current Titans assistant coach - is helping him to prepare the team.