It's fitting that Australian-born playmaker Courtney Winfield-Hill was named in England's World Cup squad on the same day that Kevin Sinfield announced his plan to conclude seven ultra-marathons in as many days for MND during the final at Old Trafford.

Winfield-Hill, who only became eligible to represent England on residency grounds after the World Cup was postponed by 12-months, decided to put her hand up for the host nation after urging from Sinfield, the former Leeds and England great.

The former Queensland cricketer will be a key member of England's 24-player squad announced on Monday ahead the the World Cup after last week leading Leeds Rhinos to the Women's Super League premiership. 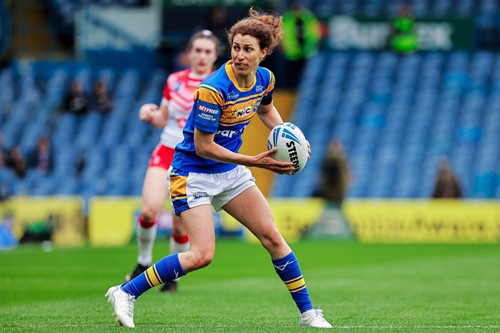 The 2018 Woman of Steel would not have been eligible to represent England if the tournament had gone ahead as scheduled last season as the IRL residency rule is five years.

The inclusion of Hill, who has won two Challenge Cups and two premierships with Leeds, is a major boost to England's chances of toppling her native Australia at the World Cup, which will conclude with the men's and women's finals at Old Trafford on November 19.

Sinfield, who last year ran 101 miles in 24 hours to raise funds for Motor Neurone Disease after his close mate Rob Burrow was diagnosed with MND in 2019, aims run 300 miles (482km) in seven days from Edinburgh's Murrayfield Stadium to Old Trafford.

He plans to enter Old Trafford during halftime in the men's World Cup final, with all money raised to go towards the new £5m Rob Burrow Motor Neurone Disease Care Centre in Leeds. 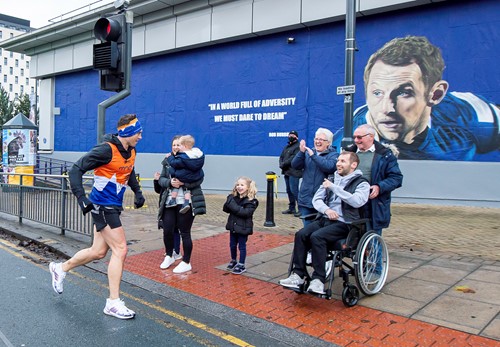 Winfield-Hill also hopes to be at Old Trafford after recently meeting the five-year residency requirement to be eligible to represent England at the World Cup.

England are the No.3 nation, according to the IRL World Rankings, and will take on Brazil on November 1 at Headingley before a record crowd for a women’s rugby league fixture.

The host nation then face Canada at Wigan’s DW Stadium on November 5 and Papua New Guinea at Headingley on November 9.

Coach Craig Richards has chosen a squad that includes all four winners of the Woman of Steel Award introduced in 2018 – the recently-crowned 2022 winner Tara-Jane Stanley, Jodie Cunningham, Georgia Roche and Winfield-Hill.

Newcastle-born Zoe Hornby, who produced a Player of the Match performance for Leeds Rhinos in the 2022 Betfred Women’s Challenge Cup Final, is the sole uncapped inclusion. 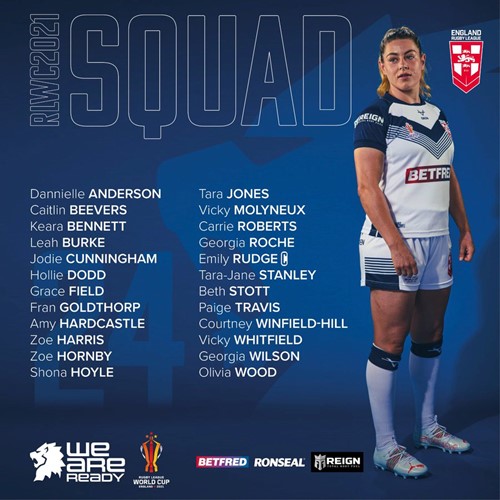 “The process to select the final squad ahead of the Rugby League World Cup has been a difficult one, but I am confident I have picked the strongest squad available to me," Richards says:

“I think we’re in a really privileged position to have some experienced players in the squad such as captain Emily Rudge who is heading into her fourth Rugby League World Cup, our all-time top try-scorer Amy Hardcastle, and players like Jodie Cunningham, Courtney Winfield-Hill and Tara-Jane Stanley. 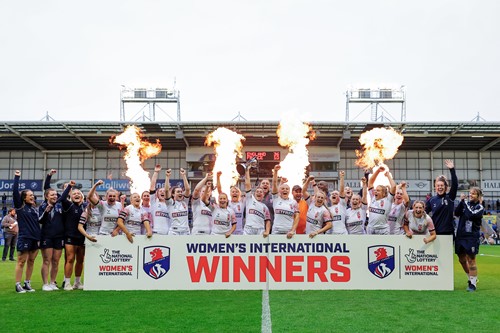 “In contrast, we also have some very exciting younger players included with the likes of Hollie Dodd, Fran Goldthorp and Zoe Hornby.

“With just over a month before we kick it all off at Headingley Stadium against Brazil we are excited, focused and determined to make the most of this huge opportunity for women’s rugby league.”